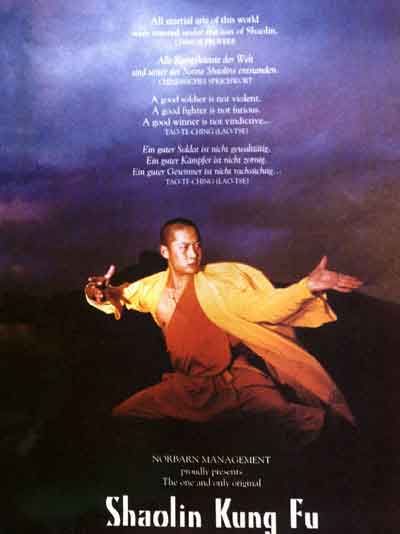 The Rise of Shaolin Boxing and its Development

Since peace and quiet are the fundamental characteristics of Buddhism and kindness and benevolence are always on a monk’s mind, why then did the Shaolin Temple, the birthplace of the Chan sect in China, become famous for its martial arts? Why is it that the monks of the Shaolin Temple “went in for martial arts as well as Buddhism, worshipping the Buddha but fond of fighting”? The answers to these questions take us back to more than fourteen centuries ago.

Shaolin Wushu is one of the major branches of Chinese Wushu and has numerous varieties and unique characteristics. It is very effective for bodybuilding and self-defense. Shaolin Wushu is very popular in China and is rapidly gaining in popularity throughout the world.

The Shaolin Temple is the source for Shaolin Wushu. At the very beginning, Shaolin boxing was no more than various kinds of physical exercises to limber up the joints and build up a good physique. Called the “18 movements of Arhat”, it included 18 movements and was said to be invented by Dharma. It is said that when Dharma arrived at the Temple, the monks would only sit with crossed legs facing the wall, never to exercise.

Another explanation is that the Shaolin Temple is in the remote mountains and forests of China. Monks were often attacked by snakes and other wild animals. So Dharma taught them a series of gymnastic skills for self-defense. Through long-term practice and constant enrichment, a complicated series of Chinese boxing (or forms) have come into being. This is a popular explanation as to the rise of Shaolin boxing. Like everything else, Shaolin boxing developed and gradually attained its perfection through practice. By the time of the Sui and Tang Dynasties, it had become widely known.

However, after the “abolition of Buddhism” by Emperor Li Yan or Wu Zong (reign 841-847 AD), monks were scattered far and wide, and the martial arts were lost. But then from the Five Dynasties Period to the early Song Dynasty, Shaolin boxing began to develop again along with the revival of Buddhism. The first Emperor of the Song Dynasty, Zhao Kuangyin was very fond of gong fu (Chinese shade boxing). Many hand positions were created by him.

There was great development of Shaolin boxing at the end of the Jin Dynasty and the beginning of the Yang Dynasty. A number of famous boxing (or martial arts) masters paid great attention to summing up the hand positions and imparting their skills to younger monks. Among these masters, Bai Yufeng, Jue Yuan, and Li Sou played important roles; Jue Yuan was a layman who took a fancy to Wushu. Later he became a monk at the Shaolin Temple, dedicating himself to the study of boxing positions and diligent practice. Soon the Shaolin Temple became widely known for its martial arts. Many admirers came to the Shaolin Temple to learn from him. But Jue Yuan was a man of self- knowledge. He politely refused them, and then started his search for other famous masters. In Lan Zhou (of Gan Su), he met an old man from Henan named Li Sou, who was skilled in the martial arts. In Luoyang, Li Sou introduced Jue Yang to Bai Yufeng. At this time Bai was about 50 years of age, but he still appeared majestic. Jue Yang respected Bai as his master and learned from him very modestly. Jue Yang was so dedicated and intent that Bai and Li Sou were both deeply moved. Together they returned to the Shaolin Temple, where they worked as one to develop Shaolin boxing.

Bai Yufeng developed the “18 Stuffs of Arhat”, increasing the number of forms from 18 to 72, and then to 173. He collected fragments of almost completely neglected patterns, put them to order and perfected them. Bai Yufeng also created the Five Imitation Boxing which was a kind of Chinese gong fu that mimicked the movements of the tiger, the leopard, the snake, the crane, and the dragon.

Li Sou was also very skilled at martial arts, especially at Xiao Hong, Da Hong, and cudgel stunts. His forms were frequently taught at the Shaolin Temple. Directly tutored by Bai Yufeng, Jue Yuan tried his best to combine his Shaolin style with that of his great master. Thus, they all made contributions to the survival and development of Shaolin Boxing. Today, the Five Imitations Boxings were considered the best of Shaolin Quan and the Da Hong and Xiao Hong Boxings are still very popular.

History of more than one thousand years has proved that of all the boxing styles in China, Shaolin Boxing with its great vitality is one of the most popular and time honored. Besides, Shaolin Boxing enjoys a high reputation outside of China. It has been spread far and wide in many countries and districts. The friendship between people of China and other countries has been deepened along with the exchange of Wushu.

As given to me by Guo Yin He